1977
He left Waseda University and became a lecturer at Kokushikan University. He made great efforts to instruct at many clubs for students and the general public as well as overseas in the UK and Australia.

1978
He was awarded 9th Dan from the Japan Aikido Association by Tomiki.

1979
He became the 2nd President of the Japan Aikido Association and the Director of Shodokan upon the death of Tomiki.

1982
He fell ill but persevered and after leaving the hospital resumed instructing. 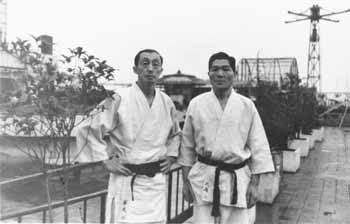 1985
He retired from lecturing at Kokushikan University. Tetsuro Nariyama took over his position.