1929
Whilst working for the Department Of Electricity in Miyagi Prefecture, he was chosen to represent the prefecture in the first tournament in front of the Emperor (the All Japan Tournament began from this in the following year).

1931
He returned to his home town and took up a post at the Kakunodate Junior High School. He met Hideo Oba (formerly Tozawa) who began a lifelong effort to help Tomiki realise his budo ideals. Nine years later, he left and moved to Tokyo living near to Ueshiba so that he could study aikibudo.

1936
He moved to Manchukuo (the japanese pre-war puppet state in Manchuria) as a teacher at the Daido Institute. He taught aikibudo to the Kanton army and the Imperial Household Agency. 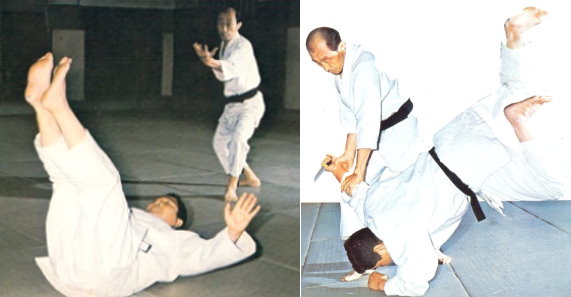 He became an assistant professor at Kenkoku University in Manchukuo. He taught aikibudo as part of the regular curriculum and gave lectures on budo.